Social media logics during COVID-19: The case of #plamping

Social media preferences are shifting during COVID-19 restrictions. While many of us have been house bound during the recent COVID-19 isolation period, many social media users have been finding innovative ways to socialise online, akin to how we would in non-restrictive times. But how are social media logics playing out during this time?

New forms of connecting during COVID-19

There is no doubt, Zoom, TikTok and others have taken over as the go-to social platforms during these times. Families are sharing meals together via video conferencing, colleagues enjoy drinks after work on Friday evening, families are doing micro-dance challenges together, we’re notified when our friends fire up their ‘Houseparty’ app, and trivia games have found a new niche interest.

The recent phenomenon of ‘plamping’, however, has emerged as the one fringe-styled socialisation technique that is rapidly evolving to the mainstream. When one is ‘plamped’ they are ready to socially engage with others usually through a combination of social media platforms, focussed around live DJ sets – usually the combination of Twitch and Zoom.

The fast-tracking of reliance on these few platforms has resulted in a digital intermediation issue: who owns the ‘plamping’ platforms, and are users able to socialise while multi-platforming? [Side note dear reader, you must read the work of Kristian Møller and how chemsex is changing during isolation].

Plamp is a portmanteau of the words ‘plant’ and ‘lamp’ which first appeared on the Twitch Live streaming platform on the first weekend of quarantine 2020 to describe the live DJ set of Dark Deep and Dangerous. He had a plant and a lamp in his frame, which is now replicated as a typical ‘prop’ within the scene.

The term also refers to the act of tuning in to a live DJ set on Twitch TV and interacting with other participants in a hosted Zoom room – the preferred platform combination for many users.

As users engage with each other via the commenting and liking functionality on the Twitch channel’s stream, users begin to build relationships with each other. Twitch has its own style of communication, for example through the use of platform specific emojis such as WutFace, HotPokket and a host of unlockable channel specific communications. As the party starts to kick into gear, someone is likely to ask: ‘still plamped? [insert Zoom Meeting ID] [Insert Zoom Meeting Password].

Following that link can take one to all sorts of places.

The Twitch/Zoom combo has become a standard for many users wanting to enjoy their Friday and Saturday nights at home, with many users setting up their houses to mimic ‘the club’ with appropriate lighting and props.

But why are users flocking to this combo of platforms over, say YouTube or the Houseparty app?

There is no doubt that Twitch has exploded as the go-to platform during Coronavirus times. This has been expected in the gaming industry. Italy’s Twitch traffic alone has increased by 70% in gaming traffic alone.

What is emerging is the adaptation of this gaming network for other entertainment areas, including fund raising, house parties, and of course, plamping.

And Jeff Bazos is rubbing his hands together.

Twitch is owned by Twitch Interactive, a subsidiary of Amazon. Initially propped up by venture capital of around US$15 million, it was acquired in 2014 by Amazon for US$970 million. Recently, Twitch has introduced Amazon Prime, further monetizing the platform for creators who can now offer in-stream links for events underway.

Zoom, however, is owned by Zoom Video Communications, who’s founder, creator and CEO has earned nearly, Eric Yuan, US$4 billion dollars as a direct result of the Coronavirus pandemic. The platform’s usage statistics have gone from ~10million daily meeting participants in December 2019, to 300 million+ in April 2020 (Iqbal, 2020).

It is difficult to see the sunset for YouTube (if ever), but the platform has certainly taken a significant hit as these two new platforms become the go to for users during the COVID-19 moment. YouTube are increasingly working on their ‘Live’ offering but are not having that much of an impact on Twitch as the Western streaming giant in this space.

Skype (Microsoft) must be scratching its head, wondering what happened (although Microsoft has proven its resilience time and time again).

This moment does bring into question, how much market share is there for multiple platforms? And indeed, as big tech companies are in the mergers and acquisition game to prevent market competitors, can social media users navigate (engage) more than a handful of platforms (beyond Facebook, Instagram, Twitter etc.)? Or is this a typical media technology media that sees other technologies shift and change to accommodate new innovative practices?

So next weekend when Friday night hits and DJs start entertaining their audiences around the world, will people be plamping on YouTube and Skype? Probably not. But will they integrate their old favourites in new ways? That remains to be seen. In any case, I have found an amazing new field to explore an emerging area for social media logics. 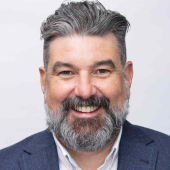 All stories by: jonathonhutchinson
The rise of digital first personalities during COVID-19 isolation
‘Plamping hard’: how DJs and creatives are earning a buck online via Twitch, Patreon, OnlyFans and more